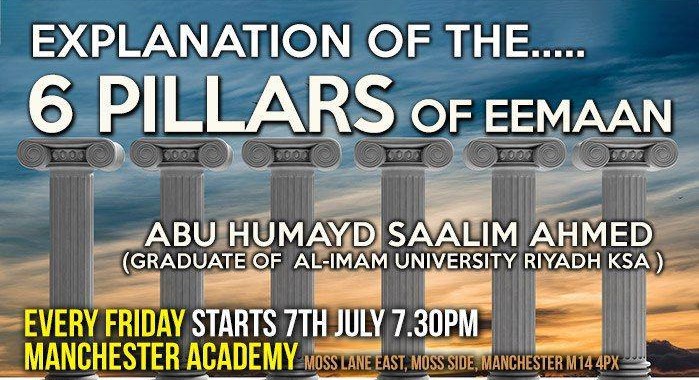 Last week we covered the first pillar from the pillars of Eemaan- the belief in Allaah Azza Wa Jal. Today we begin with the second pillar;

BELIEF IN THE ANGELS

Shaykh Saaleh Fawzaan mentions in his explanation of Usool ath Thalaathah (The Three Fundamental Principles) that the Angels are mentioned as the second pillar of Eemaan because they are the ones that bring the Revelation to the Messengers.

As Muslims we must have Eemaan in the angels. This Eemaan is of 2 types:

Description of the Angels

“And follow not (O man i.e., say not, or do not or witness not, etc.) that of which you have no knowledge . Verily! The hearing, and the sight, and the heart, of each of those you will be questioned (by Allah).”

“I have been granted permission to mention/describe to you something from the Angels of Allaah Azza Wa Jal, those that carry the Throne. That which is between his earlobe and his shoulder is the distance of 700 years.”

In this hadeeth a shoulder, an ear and an earlobe have been affirmed for the angels as well as the tremendous nature of their creation.

The Prophet Sallallaahu Alayhi Wa Sallam mentioned that the Angels were created from light, and the Jinn from (smokeless) fire and Man from that which has been described to you. I.e. (from clay).

The Prophet Sallallaahu Alayhi Wa Sallam saw Jibraa’eel in his actual form. He has 600 wings, falling from him wings were jewels & rubies. (Recorded by Ahmed).

All of these narrations show that these Angels are a tremendous creation. Concerning the numbers of the angels, we believe that this cannot be enumerated except by the One who created them.

That which highlights the vast number of the angels, is related to the night journey (Laylatul Isra). The Prophet Sallallaahu Alayhi Wa Sallam mentioned regarding the Baytul Ma’moor that he said to Jibraeel, “What is this?”. He said this is the much frequented house, everyday 70,000 angels enter it, and those that exit the house do not come back.

The heavens made a groaning noise, and the heavens have a right to moan. There is not a space of that which is equivalent to the measure of four fingers, except that there is an angel prostrating with his forehead in the heavens.

Also the hadeeth mentioning that the hellfire will be brought forward with 70,000 ropes and upon every rope there will be 70,000 angels dragging each rope.

Roles & Responsibilities of the Angels.

Concerning the responsibilities/roles of the Angels. They are a force from the forces of Allaah and obedient servants. They execute their commands in the best manner and do not disobey Allaah Azza Wa Jal.

From the Angels are those who;

The Angels have the ability to take other forms. Allaah Azza Wa Jal mentions in Surah Maryam – About the sending of Jibraeel Alayhisalaam. as a men in all respects. Also the two guests that came to Ibraheem Alayhisalaam, and Lut Alayhisalaam. Jibraeel would come in various forms, one of these forms was in the form of Dihyatul Kalbee. A handsome companion from Madinah. He also took the form of the Bedouin, as mentioned in the Hadeeth of Jibraeeel.

It is obligatory upon a Muslim to have belief in that which is in general and specific regarding the Angels. As mentioned in the hadeeth about the angels surrounding those that study the book of Allaah Azza Wa Jal in the houses of Allaah Azza Wa Jal. The Angels also lower their wings ( in humbleness and pleasure) to the seeker of knowledge. This belief in the angels should have an affect on the Muslims and the Muslim community, after reflecting upon that which Eemaan in the Angels necessitates. For example, acknowledging that a person has Angels with him at every moment and should feel shy, they see him even though he doesn’t see them.

BELIEF IN THE BOOKS

It is the third pillar of Eemaan.

Whoever disbelieves in anything from the Books, has disbelieved in Allaah Azza Wa Jal. Again like the belief in the Angels, Eemaan in the books splits into two types:

We believe that the call of the messengers was one and that the books revealed to them came to establish Tawheed and all included the six pillars of Eemaan.

“And verily, We have sent among every Ummah (community, nation) a Messenger (proclaiming): “Worship Allah (Alone), and avoid (or keep away from) Taghut (all false deities, etc.i. e. do not worship Taghut besides Allah).”” (16:36) 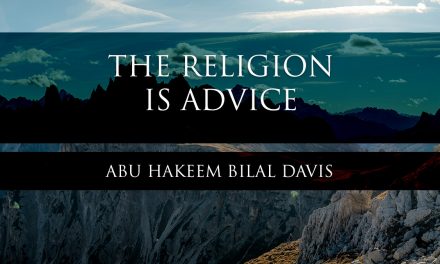 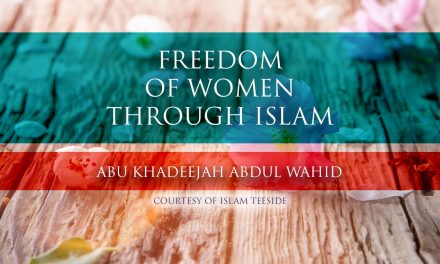 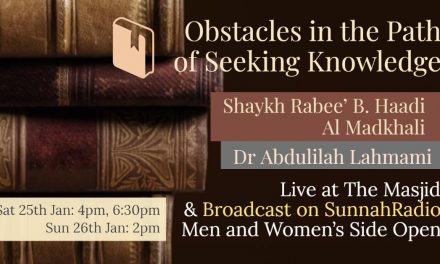 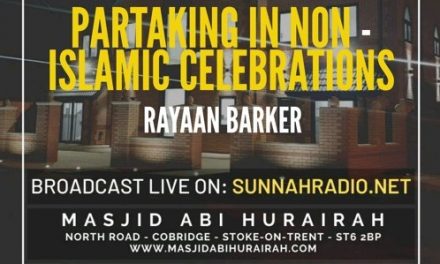