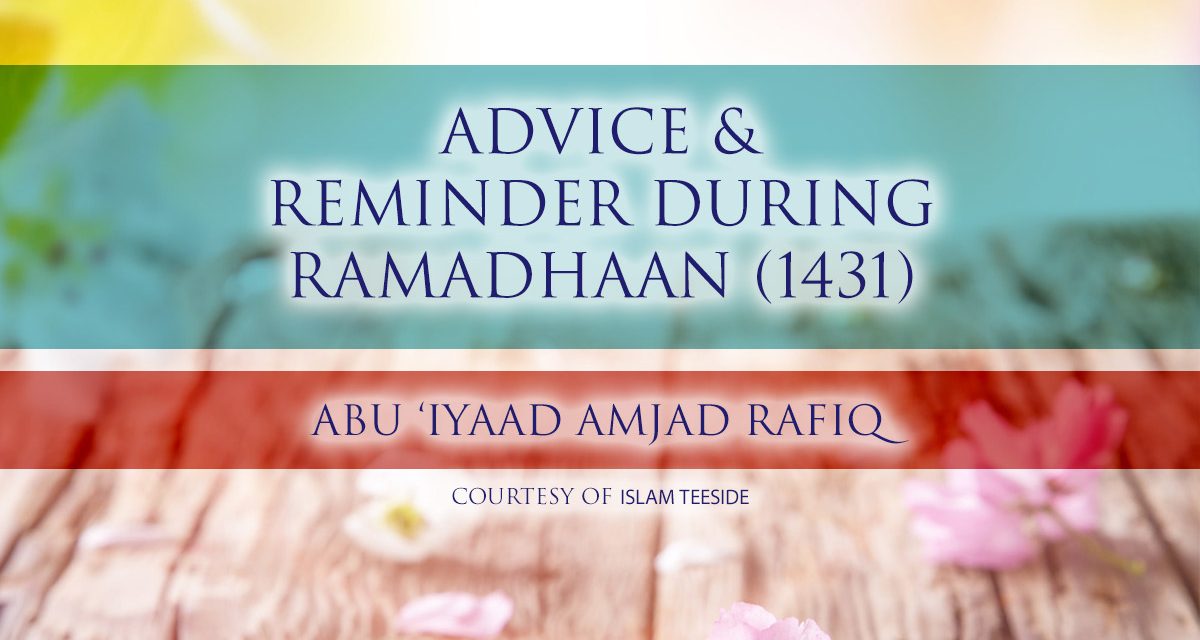 Advice and Reminder During Ramadhaan (1431)

Taken from a series of Sheikh Fawzaan’s khutbahs, in this important reminder Ustaadh Abu Iyyad mentions some of the great virtues and excellences of Ramadaan. A month which obligatory upon every Muslim.

This talk was given part way through Ramadaan to act as an encouragement to the people for the rest of the month. As mentioned in the beneficial introduction given by the speaker.

Usually, at the start of Ramadaan the Muslims are filled with zeal and excitement, but lose that high Eeman and their efforts soon turn into habit, rather than an act of worship. It is important that the Muslim learns about the great reward of fasting the month of Ramadaan to avoid this. To gain some benefit listen or download the audio below. 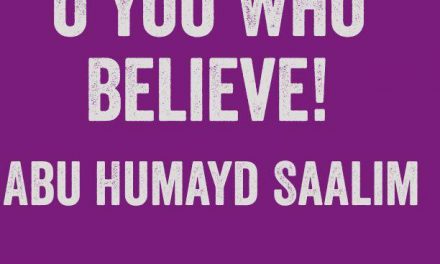 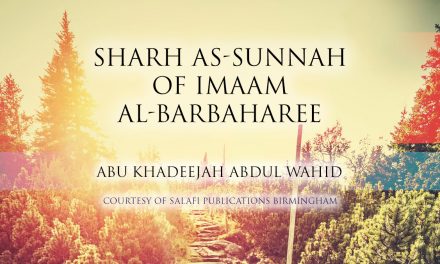 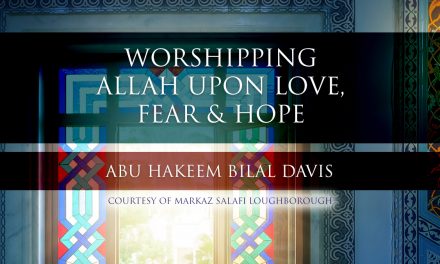