Last week covered the affair of Ikhwaan Al-Muslimeen, mentioning the comments of the former Mufti, Shaykh Abdul Aziz Bin Baaz when he was asked about two groups (Jama’at At Tabligh and Jama’at Al-Ikhwaan).

The scholars are often asked about these two groups due to their activeness; and many scholars have made clear their state, from them are Shaykh Uthaymeen and Shayk Albani.

While the affair of all the misguided sects is clear, Jama’at Al-Ikhwaan seem to gather all of the evil sects together, even with the shia (who curse the companions).

Each group and sect claim to have truth with them but now Jama’at Al-Ikhwaan have a call which seems to be clear and they have a solution: to put aside their differences. However, victory will only come through leaving off all the sects calling to innovation and misguidance, and in calling to Tawheed, as this is what all the Messengers called to.

The affair is not about the names, many mosques may claim to follow the sunnah and salafiyyah and name their mosques as such, even the Jews and Christians come with names. The affair is about what a mosque calls to and acts upon, and a name does not change the reality.

Allaah comes with a severe threat to Ikhwaan Al-Muslimeen and their likes in Surah Baqara:

Verily, those who conceal the clear proofs, evidences and the guidance, which We have sent down, after We have made it clear for the people in the Book, they are the ones cursed by Allah and cursed by the cursers. Except those who repent and do righteous deeds, and openly declare (the truth which they concealed). These, I will accept their repentance. And I am the One Who accepts repentance, the Most Merciful. (2:159-160)

After Abu Hurayrah and others heard this ayah (when originally they preferred to not narrate hadeeth just in case they fell into a lie due to the hadeeth: ‘whomsoever lies upon me intentionally, let him take his seat in the hell-fire’) they said if it wasn’t for that ayah I would not have narrated.

The scholars mention a principle in tafseer, that the matter is applied in the general sense of the meaning of the aayah, not necessarily the specific reason it was revealed.

So, the individual who wishes to know the truth and sunnah, then he is to apply the measure and the criteria. If you come across a group who claim to be salafi and upon the sunnah, examine their affair, as this is an affair between being in the hell-fire and heaven.

The affair of the hell-fire is not a light matter. There has come in a narration that the poor from the Muhajireen (migrants) will enter 500 years before the rich of them (and this is the Sahaba, who are from the best of people after the Prophet Sallallaahu Alayhi Wa Sallam). A day on the day of Judgment will be like 50,000 years, and so the affair of 72 sects being in the hell-fire is not a light matter. It is a must that an individual questions what form of Islam they are upon. 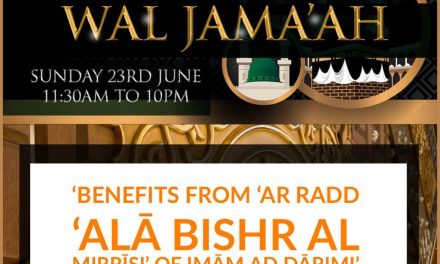 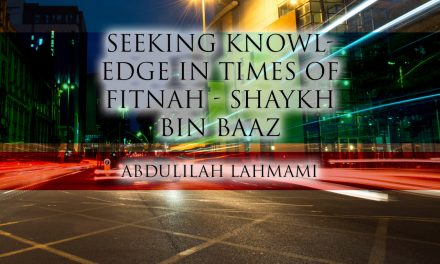 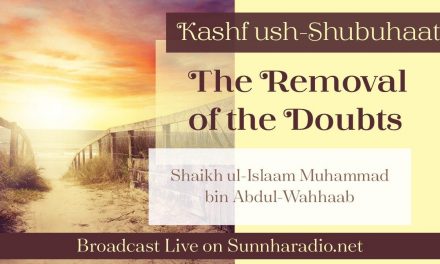