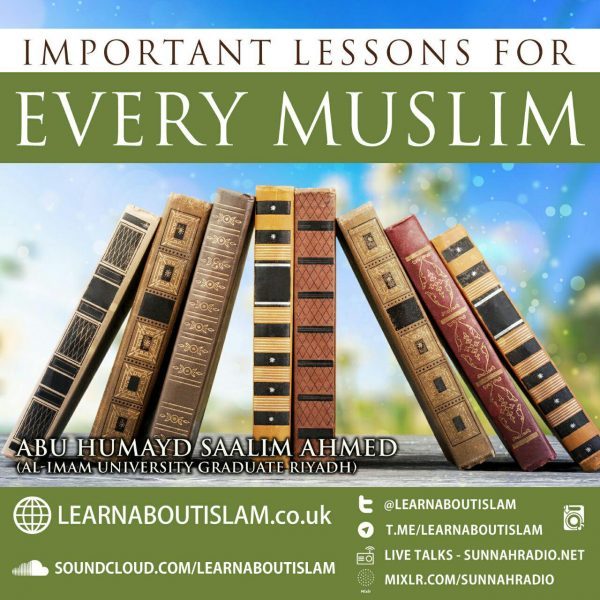 In today’s lesson we continue on with Chapter 17 of Shaykh Bin Baaz’s Important Lessons – Warning from Shirk and the Types of Disobedience. The Shaykh has been discussing the major sins and we have reached the following:

It is from the greatest of sins. This is because it includes within it the consumption of the wealth of the people in falsehood.

Allaah says in the Quran regarding the one who deals in Riba:

(Those who eat Riba (usury) will not stand (on the Day of Resurrection) except like the standing of a person beaten by Shaitan (Satan) leading him to insanity.) – Sura Al-Baqarah, Ayah 275

It necessitates the curse of Allaah upon him as has come in the hadith:

“The Prophet Sallallaahu Alayhi Wa Sallam cursed the one who consumes interest, feeds (gives) it to others and the one who writes it down and the witnesses to these contracts”

People have tried to change the names of Riba in order to get away with it, but changing the names does not change the reality of an affair.

The one who deals in interest has declared war against Allaah and His Messenger as occurs in the authentic texts.

To flee the battlefield at the point of battle:

The intent is when the muslims meet the enemy on the battlefield.

(And whoever turns his back to them on such a day – unless it be a stratagem of war, or to retreat to a troop (of his own), – he indeed has drawn upon himself wrath from Allah.) – Sura Al Anfal, Ayah 16

To accuse the “Muhsanaat” of committing adultery and fornication:

The intent behind “Muhsanaat” is the chaste, believing women, whether they are married, unmarried, virgin women or those who have had relations before.

It is the same whether it is a man or a woman who is accusing.

There is Ijmaa’ amongst the scholars that this also applies to men being accused, not restricted to women. However, it is women that are mentioned in the hadith as it is more often the case that it occurs to the women.

They are the most deserving of our good companionship.

Allaah says in the Qur’an:

(And We have enjoined on man to be good and dutiful to his parents) – Surah Al Ankaboot, Ayah 8

(And your Lord has decreed that you worship none but Him. And that you be dutiful to your parents. If one of them or both of them attain old age in your life, say not to them a word of disrespect, nor shout at them but address them in terms of honour.) – Surah Al Isra’, Ayah 23

Allaah commands us in the Quran to worship Him alone, and then directly afterwards commands us to deal well with our parents.

We are commanded not to even say “uff” (a word of disrespect), i.e. do not harm them even with your speech, let alone by your actions.

Severing the ties of kinship:

(Would you then, if you were given the authority, do mischief in the land, and sever your ties of kinship? Such are they whom Allah has cursed, so that He has made them deaf and blinded their sight.) – Surah Muhammad, Ayahs 22-23

“Az Zoor” – Lying and specifically to lie to a persons face, proudly.

Allaah pairs it with idol worship in the Quran, highlighting the severity of this act.

It is a great crime because in it the rights of the people are lost, likewise the wealth of the people is lost and even the life of an individual could be lost in some circumstances.

“Indeed your blood, your wealth and your honour is haram upon you”

Meaning the blood, wealth and honour your muslim brother/sister is haram upon you to take without right.

Through false oaths, wealth of the people can be spent and lost.
The Prophet Sallallaahu Alayhi Wa Sallam said that the one who swears by Allaah when selling his products, and is lying, then Allaah will not speak to them on the Day of Judgement, nor will He look to him, nor will He purify him and for him is a great punishment.

To harm the neighbours:

The Prophet Sallallaahu Alayhi Wa Sallam said 3 times “By Allaah he does not believe”
It was said: “Who?”
He said: “The one whose neighbour is not safe from his harm.”

It is important to note, the Aqeedah of Ahlus Sunnah is that the meaning of “He does not believe” in this context, is that he does not believe with a complete belief. Not that it takes one out of the fold of Islaam.

This includes alcohol and likewise drugs.

He went on to narrate a story (which was in reality taken from the Messenger of Allaah Alayhis Salaatu Was Salaam). In summary, a man was given the option of drinking alcohol, killing a boy or committing zina. So the man, believing it to be the lesser of the 3 evils, drank the alcohol, until he asked for more, became drunk and then killed the boy and slept with the woman. And Allaah’s refuge is sought.

For more details on the topic of drugs and alcohol and the full version of the story above, you can listen to Ustadh’s lecture from the recent Cardiff conference.

(O you who believe! Intoxicants (all kinds of alcoholic drinks), gambling, Al-Ansab, and Al-Azlam (arrows for seeking luck or decision) are an abomination of Shaitan’s (Satan) handiwork. So avoid (strictly all) that (abomination) in order that you may be successful.) – Surah Al Maa’idah, Ayah 90

Built upon taking risks with one’s wealth. It goes on to impact an individual negatively and likewise those around him and dependent on him.

Allaah also says in the following ayah (from the aforementioned ayah):

(Shaitan (Satan) wants only to excite enmity and hatred between you with intoxicants (alcoholic drinks) and gambling, and hinder you from the remembrance of Allah and from As-Salat (the prayer). So, will you not then abstain?) – Surah Al Maa’idah, Ayah 91

Islam works with the principle of weighing up the benefits and harms of an affair, if the harms outweigh the benefit, then it is made prohibited. Therefore we see the affairs of gambling and alcohol are made haram, despite their being some benefit in both of them.

(And spy not, neither backbite one another. Would one of you like to eat the flesh of his dead brother? You would hate it (so hate backbiting).) – Surah Al Hujuraat, Ayah 12

As defined by the Prophet Sallallaahu Alayhi Wa Sallam, backbiting is:

“To mention your brother with that which he dislikes” – This means even if it is true it is not permissible to mention it.

There are some exceptions, in which cases, it is permissible to backbite:
– When someone seeks a ruling from a judge, they may mention that which would be disliked from an individual.

-When someone asks about a person with the intent of marrying them. It is permissible to mention their faults or bad traits.

-Warning from the open sinner to protect the people from their harm.

-Warning from the people of innovation, the scholars mention not only is this permissible, rather it is waajib! As in it lies the protection of the people’s religion.

“An Nameemah” (To carry tales):

It is to cause corruption between the people. The salaf used to say that a tale carrier corrupts in a single hour that which the magician corrupts in a month.

Shaykh Bin Baaz ends with “And other than these, from that which Allaah or His Messenger Alayhis Salaatu Was Salaam have prohibited” indicating that that which has been mentioned was merely some of the sins that we should protect ourselves from.

For the full benefits from the lesson, please listen to the audio BaarakAllaahu Feekum. 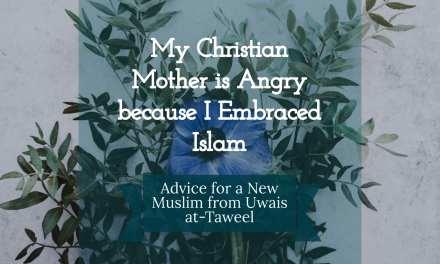