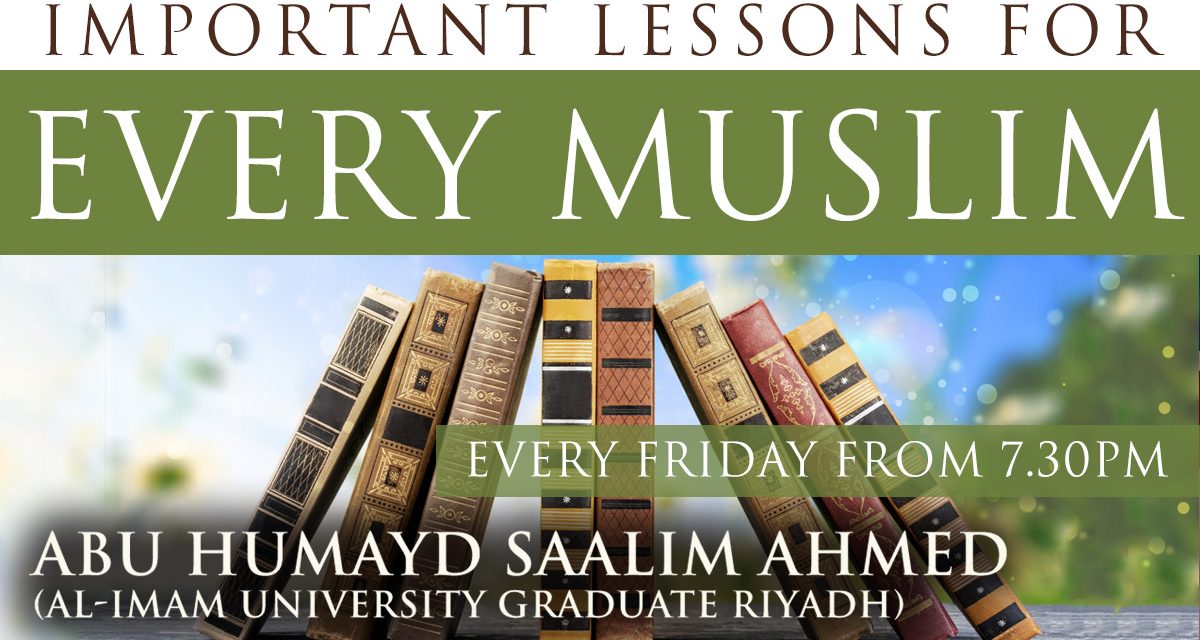 The talk begins by recapping the previous lesson; to adorn oneself with the Islamic mannerisms, such as to spread the salutations, and the etiquettes with regards to travel.

Ustaadh Abu Humayd then continues with the Islamic mannerisms that one should adorn himself with, from them:

being dutiful to one’s parents.

There are many narrations from the Quran and sunnah to support this command, as Allaah says:

“And your Lord has decreed that you worship none but Him. And that you be dutiful to your parents. If one of them or both of them attain old age in your life, say not to them a word of disrespect, nor shout at them but address them in terms of honour.” (Sura Al-Isra’, Ayah 23)

There also occurs in a hadith in which a man asked the Prophet (Salallaahu Alayhi Wa Sallam): “Who is the most deserving of my good companionship?”

The man asked a third time: “Then who?”

He then asked a fourth time: “Then who?”

This hadith shows the station of the mother over the father due to the struggle she goes through in bearing and raising the children.

It is also mentioned by the scholars that the sister has a higher station than the brother in terms of the right to good treatment. This shows the high status of women in Islam, contrary to what the Western media may falsely portray.

In addition to the rights of the parents, neighbours likewise have rights upon us as is mentioned in the Quran.

“Worship Allah and join none with Him in worship, and do good to parents, kinsfolk, orphans, Al-Masakin (the poor), the neighbour who is near of kin, the neighbour who is a stranger, the companion by your side, the wayfarer (you meet), and those (slaves) whom your right hands possess. Verily, Allah does not like such as are proud and boastful”. (Sura An-Nisa’, Ayah 36)

What is intended by neighbour is not merely the one living next door, rather it is everyone living in your area. The extension of their rights is clearly explained in the hadith where the Prophet Sallallaahu Alayhi Wa sallam said:

“Jibreel advised me and ordered me concerning the rights of the neighbour to such an extent that I thought they would be from those who inherit from me.”

From Islamic mannerisms is to congratulate the newlywed. A legislated supplication one can make is:

May Allaah bless you, and shower His blessings upon you and join you together in goodness. (Abu Dawud, Ibn Majah, Sahih At-Tirmidhi 1/1316).

There are many more benefits discussed, such as Islamic mannerisms with regards to clothing and undressing. Please listen to the full talk for further benefits. 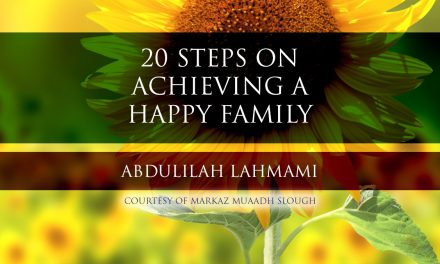 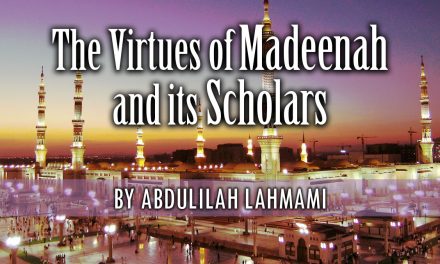 The Virtues of Madeenah and It’s Scholars | Abdulilah Lahamami