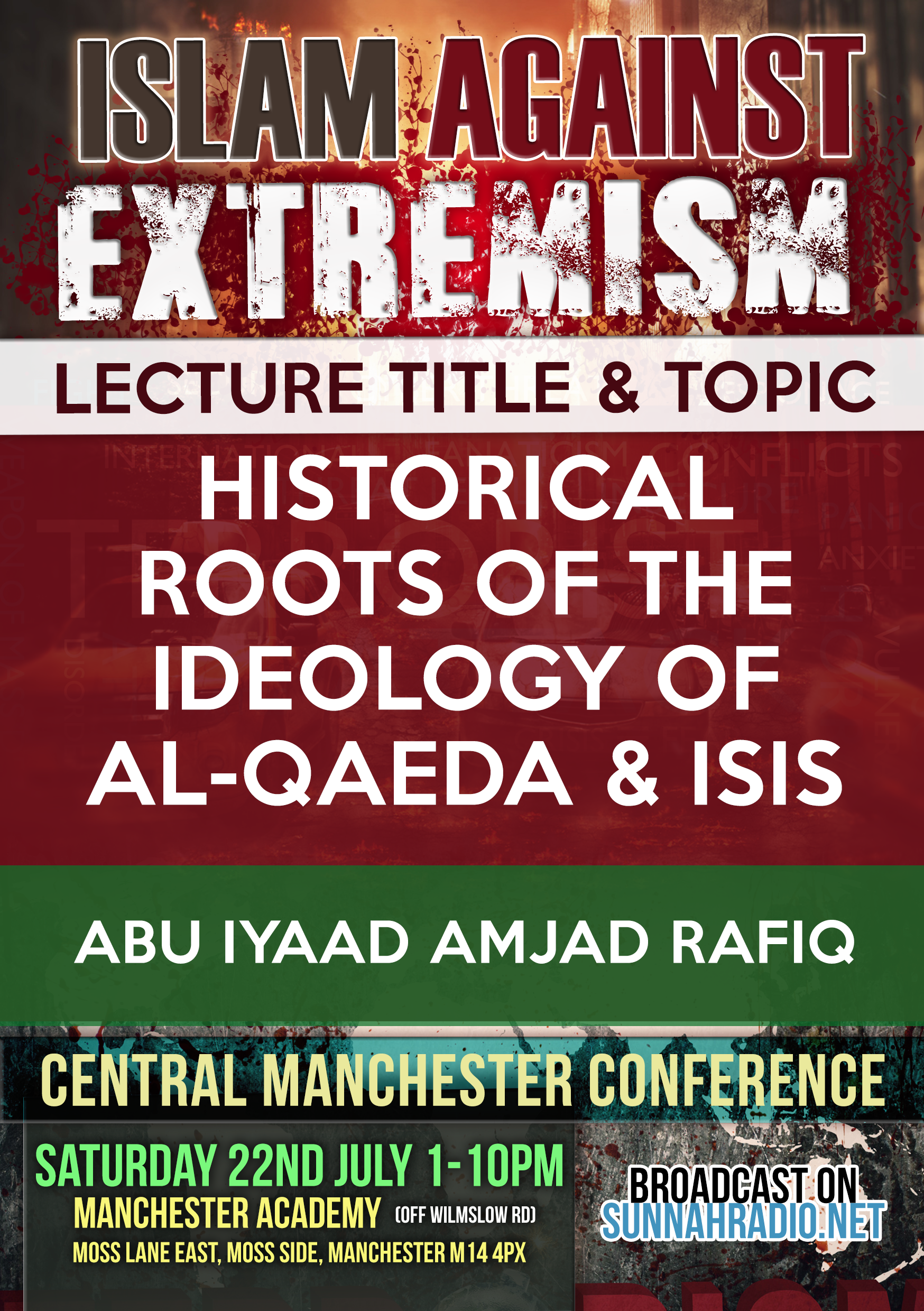 It starts with Hassan al-Banna in the 1950’s until the present day. Those who study the books of Aqeedah will understand that this is not a new phenomenon. They know what the guidance of Allah and His Messenger is relating to extremism and terrorism.

This lecture is distilled from 70 pages of translated material. It will be divided into 3 sections:

An excellent 101 guide on the history, roots and origins of the khawaarij of our time – al-Qaida, ISIS and their likes.

“Indeed to Him belongs the creation and the Command” (7:54)

Allah creates things for a reason and with a purpose. He commands things eg consuming blood or alcohol is forbidden. He decrees things to occur with Wisdom known to Him. Among them is the nature of rule and rulership.

The Prophet clearly informed us how the rule will be at the beginning and how it will transform over time.  It will be in 5 stages

Allah has decreed that this will happen. Allah also mentioned why this happens. Allah causes things by cause and effect, eg rain which falls after clouds form. Allah brings about things by cause and effect. This is the same with regards to the humans, whether it is poverty and richness, oppression and tyranny. This is not knowledge that we can obtain by reason or study.

O gathering of Muhaajiroon, seek refuge in Allah, that five things should reach you.

Never do people engage in open lewdness except that Allah sends upon them diseases that their forefathers never experiences (an example of cause and effect).

Never do people cheat in weights and measures except that they will be inflicted with years of hardship, scarcity of provision and the tyranny of the ruler upon them.

We are told, the reason of economic hardship, lack of provision and tyranny of hardship is when we cheat each other. For examples, the farmer who dilutes the milk, or when soil is added to potatoes. This will eventually manifest itself as tyranny of rulership. This is a rule in Allah’s creation. Just as your hand will burn if you put it in fire.

This is elaborated in the Qur’an and Sunnah, the statements of the Sahaabah and books of Aqeedah. Hassan al-Basri, when a group of people, came to him regarding Hajaaj (a tyrannical ruler), he said Hajjaaj is a punishment of Allah, do not repel the punishment of Allah, but show humility.

Ibn Abee izz al-hanafi said: “Indeed, Allah has not upon imposed these rulers upon us except due to the corruption of our actions, and the reward of a deed is from its action”

Whatever actions you do, you will see the effects around you in society.

This is the distinguishing matter between the person who truly understands the creation of Allah and the confused ignoramus. These are matters we know by way of revelation. The ignoramus will blame things instead on “economic sanctions, economy slowing” etc.. Just like someone saying heart disease is caused by looking at the sky. The khawaarij are ignoramuses as we will discuss.

Allah’s Command in the case of tyrannical rulers and sin

In society, there are the sinners, the tyrannical rulers and the deviant innovators. How do we deal with each of these?

The prophet commanded us to be patient with the tyranny of the rulers and pray behind them, but to fight the khawaarij. He said those among the companions who were engaged in sin, that they love Allah and his Messenger, yet described dhul khuwaisirah (the khaarijee) that he will leave the religion like an arrow moves through a target.

How the Salaf were towards anyone who opposed these foundations:

Hassan ibn Salih ibn Hayy (in the times of Sufyan at-thawree) and was treated to be as the imams of knowledge. He entered into a bid’ah, the Salaf became very severe and stern towards him because of this. He believed that it was permissible to revolt against the rulers, even though he never did so himself. Sufyan once saw him praying with apparent khushoo’ (humility). He took his shoes and said, “I seek refuge in Allah from the hypocritical khushoo”. This is because one can not be pious and their piety is fake because you can not be pious and oppose the prophet at the same time. This allows you to understand the hadiths regarding the khawaarij and their apparent piety. Shaykh ibn Uthaymeen said, if you look into their hearts, you will see that they are black.

History of the Khawaarij

In year 8 after Hijrah, the prophet was distributing wealth, and for a specific wisdom was giving charity to some tribes. A group was present (they were hyprocrites), they were unhappy and discontent that they did not receive any wealth – we know this from textual evidence of the Qur’an. They began to make remarks. One of them: “we are more deserving that those people”, “this division is not one in which Allah’s face is sought”, “be just O Muhammad”. They were lead by a man of dhul khuwaysirah.

What were they motivated by?

Think about these three issues – you will see the khaarijee mentality.

And of them are some who accuse you in the matter of (the distribution of) the alms. If they are given part thereof, they are pleased, but if they are not given thereof, behold! They are enraged! 9:58

This even actually showed a sign of the truthfulness of the prophet. He then mentioned many of their descriptions. Likewise he said to uthmaan that there will be those who will seek to remove his shirt (a metaphor for leadership). He also described them as appearing when the Muslims split into two. The Messenger knew that this current would be present among his Ummah.

In the time of Uthmaan, some of them began to complain, Abullah ibn Saba’ – a hypocrite was saying to the people: “why is uthmaan hoarding all this wealth?” it belongs to Allah. He started with some of the companions – they did not listen to him. He then began to stir things (economy, politics, injustice, tyranny etc.. the same as always) among the people in the lands. In the end, they assassinated Uthmaan (aged 80 then), they looted the Muslim treasury. They were bandits, revolutionaries, all they are after is wealth.

This same group hid among the muslims. They engineered two civil wars among the Muslims. The battle of the Jamal and then the battle of Siffeen (near modern day Raqqah in Syria). They agreed to stop  the war and to have arbitration. This same group (from the associates of dhul khuwaysirah and assassins of Uthmaan), they began to accuse Ali of shirk, “because you have allowed men to judge, so you have judged by other than what Allah revealed”.  They split away and about 6000 went to Haroora in 657 CE. They began to recruit for their “Islamic State” in Nahrawaan about 20 miles away from Baghdad. Just like ISIS have been doing in the last few years. They would heckle Ali during his khutbah, saying “the rule is for Allah alone”. The same chants as today. They began to kill the companions of the prophet.

They started to build allegiance and hatred based on hate towards Ali and Uthmaan. They then began to recruit more people, telling them that they can not have complete Imaan without emigrating towards them. Ali removed their doubts, refuted their misinterpretations. Some recanted, others were resolved to fight. 10 of the Muslims were killed and only 10 of the khawaarij survived. This sect from the khawaarij was known as the Muhakkimah. Two went to Yemen, 2 to Oman, 2 towards the Arabian peninsula and 2 towards the East – all spreading their ideologies for another 3 decacdes.

They split into 3 groups. The Azaariqah (the most extreme), the Najadaat (they did not make takfeer by way of sin) and the ibaadiyyah (the softest of the 3 groups). They continued to instigate revolutions. Approximately 2 million Muslims were killed as a result of the revolutions they caused as mentioned by Imam Dhahabi.

Now think of the statement – if I were to meet them, I would slaughter them like the slaughtering of ‘aad. Just like not a single one of ‘Aad survived, he would not let one of them survive. Look at the corruption the 10 surviving caused.

How did the khawaarij appear?

These are required for them to form a physical force. Even if they were present before that.

How did the same ideology appear in the 20th century?

The ideology of Isis and al-qaida can be traced by to 5 men.

If you read their works, they have the same believes of the khawaarij of old. These 5 created the foundations for this ideology (of ISIS and Qub).

They claimed every society has disbelieved and needs revolt. They spread their poisonous ideology to the Afghan war against the Soviets. They spread this to the Arabs fighting there who return to their lands as khaarijees. They then began to spread the same ideas after taking up teaching positions at institutes.

These khaarijites have been around for decades, however when the opportunities arose, they congregate in Syria and Iraq (see 3 things needed for them to form above). A book has been written, the realities of ISIS comparing their words like for like with the khawaarij of old.

They resurface each time with the same basic ideas. Grievances about the rulers, politics and economics. They have no understanding of the Qur’an and Sunnah.

First, some claim foreign policy causes terrorism are liars, because the khawaarij exited before this. They killed in Egypt, in Algeria. They were killing people in the 70’s and 80’s. They need civil strife and political turmoil to form militarily. They never had a chance until the recent invasions. Foreign policy does NOT create the khawaarij.

Second, looking back at all the killing, refugees etc.. that have happened. Yusuf Qardhaawi said: I and Aljazeera and the State of Qatar were behind all these revolutions, in yemen, Egypt, Libya, Syria. He is a khabeeth, shaytaan, mubtadi’ dhaal. Note: how the salaf dealt with Hasan ibn Salih ibn Hayy (mentioned earlier and how the salaf dealt with him). He did not rebel himself but held that it was permissible.

Recorded by the Salafi Centre of Manchester at the Islam Against Extremism Conference on 22/7/17 and streamed LIVE on SunnahRadio.Net 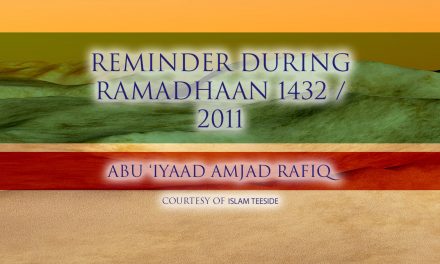 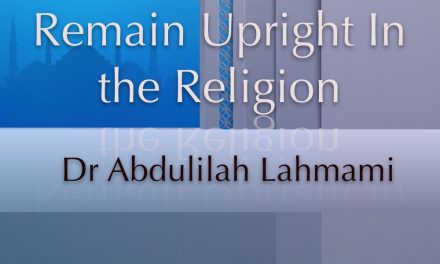 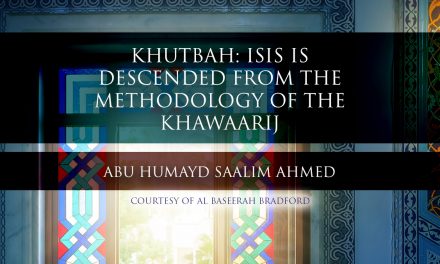 Khutbah: ISIS is descended from the methodology of the Khawaarij | Abu Humayd | Bradford 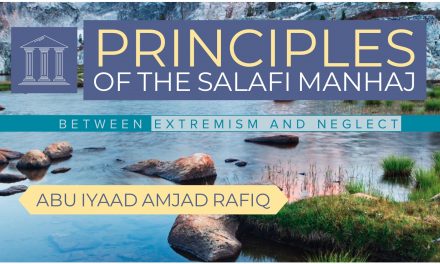