Topics centre around the correct Islamic Beliefs of Ahlus Sunnah (The People of Sunnah). Topics discussed included matters of belief in: tawheed (Islamic Monotheism), shirk (associating partners in worship and dua with Allah), bid’ah (newly invested matters that sects and groups have added to the religion), sunnah (correctly following the Prophet and his companions in their example) intercession (permissible and impermissible types practiced by deviated groups) belief in Allah, Awliyah (the Close friends and allies) of Allah, seeing Allah, the month of Muharram, Where is Allah, The correct belief taught by scholars such as Ibmn Taymiyyah, the four Imaams and more

Dr Abdulilah Lahmami looks at two Brelwi translations of the Qur’an to expose the deviations in their beliefs. He brings narrations from the Messenger of Allah and from the companions and their followers to refute their doubts and creed.

Among the issues he refutes:

Ustaadh Abu Iyad discusses the evidence that Allah, the Mighty and Majestic is above His creation.

He begins by laying down principles and clarifying the false reasoning of the people of kalam (rhetoric). Throughout the lecture he teaches the listener how to clarify the truth to a Jahmee or Ash’aree
He gives many proofs from the Qur’an and Sunnah about the Uluww of Allah.

How did the Salaf deal with those who deny this? How did they understand this issue? What is the correct understanding of the people of Sunnah?

Allaah Will Be Seen in the Hereafter

Ustaadh Uways at-Taweel goes through the proofs from the Qur’an and Sunnah that indicate that the believers will see their Lord in the hereafter. He refutes the doubts brought by the innovators.

He goes through many verses and uses the Tafseer from the scholars of the Salaf.

Origins and Rise of the Ash'ari Creed

Ustaadh Abu Khadeejah traces back the creed of the Ash’arees to ibn Kulaab (d. 240 AH). He lived in the same era as Imam Ahmed ibn Hanbal (d. 241 AH). The majority of Muslims today are upon this creed.

The companions never differed in Aqeedah or the foundations of the religion. He explains how their creed came about and how this links with the beliefs common among Muslims today.

Abul Hassan al-Ash’ari (d. 329 AH) whom the Ash’arees ascribe themselves to, was a Mu’tazilee until the age of 40. He then adopted the ideology of the Kullaabiyah. Jahm ibn Safwaan and Ja’d ibn Dirham the predecessors of ibn Kullaab were so extreme that they were executed due to their extreme believes.

Abu Khadeejah gives details of their deviations and explains how they are all linked.

Abul Hassan al-Ash’aree later started to seek knowledge, and after studying from the hanbalis he repented and returned to the Sunnah. This is the belief that he died upon, as he stated himself in his books and so did his companions.

In fact, the Ash’arees take the belief of Ash’aree when he was upon the way of the Kullaabiyah. In fact, they even adopted the original ideas of the Mu’tazila and Jahmiyyah that even ibn Kullaab refuted.

“When fitnah comes, the scholars know about it. When it leaves, every ignorant person becomes aware” – Hassan al-Basri.
“The death of 1 scholar is more beloved to Iblees than the death of 70 devout worshipers”.

Ibn Qayyim: “Sincerity and love for praise do not come together in one heart, just like water doesn’t come together with fire”.
He also covers the manners one should have with knowledge and the scholars.

Hassan al-Basri: “ Know that Ahlus-Sunnah were few in number before you, and they will be few in number in the future. They are the people that when the wretched ones cause confusion, they do not follow them. Nor do they sway with the people of innovation. But they remain patience upon their Sunnah (the way of the Salaf) until they meet their Lord in that state. So likewise, you be the same, inshaaAllah”

This was one of the great scholars of his time. His teachers included Imam Ahmed ibn Hanbal. His students were the like of Ibn Khuzaymah and Abul Abbas as-Sijzee.

Bish al-Mareesi (no shaddah on the R, the people of Marees would pronounce it like that). He is from between the borders of Egypt and Sudan. His forefathers were from the freed slaves of Zayd ibn Khattaab. His father was a Jew, and was dispraised by the Jews of the time, because of his corruption of the Torah. He was described as being dishevelled and wearing dirty clothing.
Many of the scholars made takfeer of him, based on his distortions of the Book of Allah.
Abu Hakeem gives a brief bio of Bishr al-Mareesi and then refutes his misguided creed. He then brings a number of benefits from this book refuting the innovated beliefs of Bishr al-Mareesi. 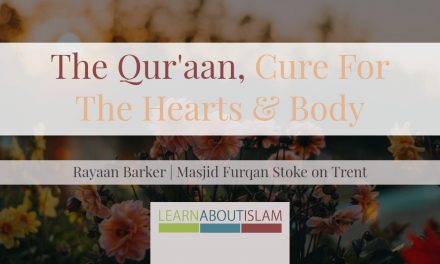 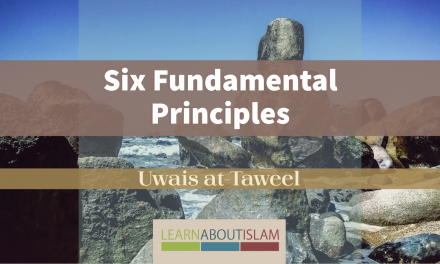 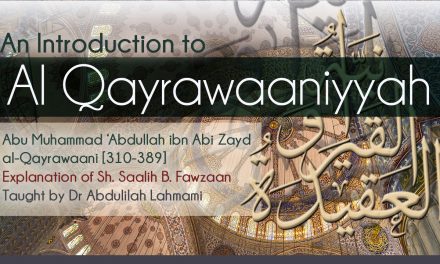